Okay so here are a few things that have already been going on in September!!! We are in the homestretch for baby to be making her appearance. In this picture I am 32 weeks! As of today I am 33 weeks, 1 day so that means I have anywhere between 5 1/2 weeks and 7 weeks before she actually arrives depending on how early she decides to make her appearance. 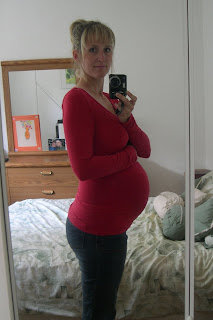 We made it to the PNE this year as well. It was a great time with Mom and Dad Neufeld, Amber and Tim and the kids. We haven’t gone since Jake was a newborn so it was neat to go again and see everything that’s been happening. I have to say that it’s really not a big deal to only go every few years though since not much changes. 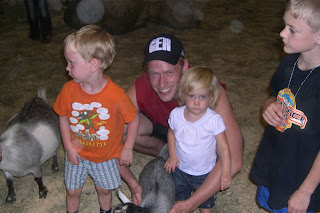 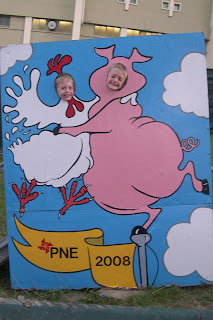 Another big highlight was that Sam had his first official football game at Rotary Stadium. He was pretty nervous and was a little apprehensive to play but ended up gearing up no problem and had a great game along with the rest of his team. They won the game 32-0 and all had so much fun. Jake was a great cheerleader for his big brother, although he really did wish he could be the one playing! 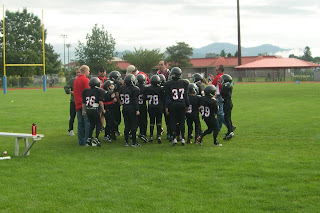 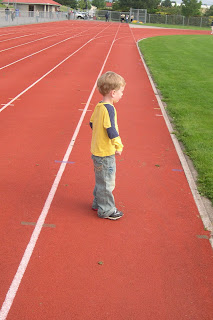 I am very happy to be heading into the fall and getting back into a routine. Sam has started school although it’s been a little crazy with getting classrooms figured out but he has some good buddies in his class and he is very eager to get started on his schoolwork. I bought him a math workbook tonight that he would have loved to keep going on which is very encouraging to me! Jake is also starting preschool this year. He starts on Monday which can not come soon enough for him. Although I am so excited to have the time with Lanae and of course a quieter house in the mornings when the baby comes I am going to miss my snuggle bunny at home. Jake is wonderful kid despite his tendency to whine. He’s very loving and cuddly and a pretty good listener. I know it will be good for him and he’s ready but it will take a little bit for me to adjust to the fact that he’s growing up so fast.

Anyway, I’ll post some pictures of them going back to school next week! For now I’m caught up and hopefully my next big posts will be of baby Annika’s arrival