So it’s been awhile since I’ve blogged and although it’s way to late in the evening to blog right now I had a few minutes to upload my pictures and because it was such a cool day I thought I might as well do it now.

Today was the Grand Prix for Awana. For those who don’t know what that is here’s the low-down. Awana is a clubs program for christian kids to participate in. They learn bible verses, play games and are basically challenged in their spiritual walk. The Grand Prix is a special day set aside for each child and parents who want to participate in creating a car and racing it against other kids cars. Although James and I have not chosen to put our children in clubs we have made it a priority for them to participate in the Grand Prix. It’s our third year and although it makes for a really long day it is neat to see a big group of kids hanging out, enjoying each other’s company and doing something fun.

Last year James, Sam and Jake all made cars. Jake was the only one who took home a trophy and it was a second place in the Novice B division. This year the Davenport men cleaned house. Sam and Jake raced against each other in the finals and Jake took home first place, while Sam proudly claimed third. Then James took home second in the pro division. My men don’t worry about their design (despite the fact that James does design type stuff for a living). The boys just draw a picture of what they want daddy to cut out and then they sand and paint them together. It’s a quick, easy, manly thing to do together and they enjoy every minute of it.

Here are a few pictures of their fun moments! 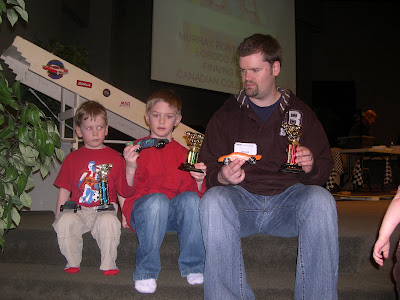 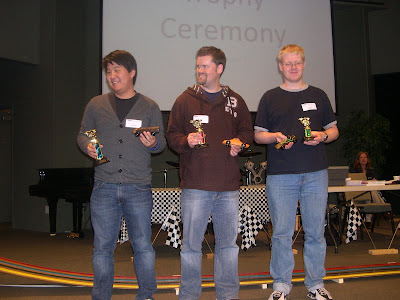 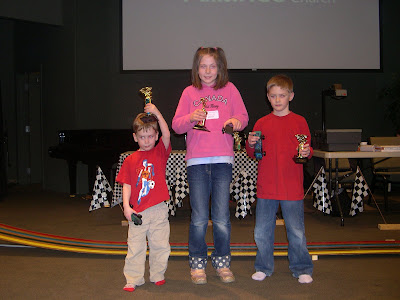 Next year will be an entirely different look because Lanae will want to participate as well so it won’t be the manly, boy time but it will still be completely enjoyable. It was so much fun watching them celebrate and enjoying being together.

3 thoughts on “A day to remember”