I was trying to get things in chronological order but clearly that’s impossible with a blog or maybe it’s just me! Anyway, these pics are from April which was a pretty busy month for us.

Here is a picture of Jake holding his 2nd place trophy from the Annual Awana Grand Prix. Both the boys designed a car with James and then raced it against other kids their age. Jake was 2nd in the Novice division. Thankfully Sam was a good sport about it and tried to be happy for his brother. 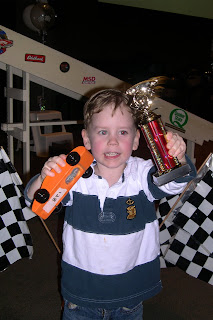 The three kidlets having a teaparty. Thankfully the boys are pretty indulgent with their sister. Well if I was being entirely truthful I would admit that it’s actually at the insistence of Jake that they play “tea party”. 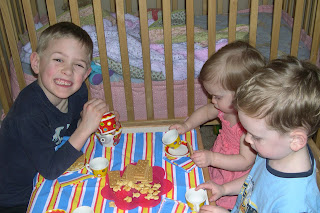 This was a gift from daddy for a belated Easter! The man across the street was selling bunnies but when he had a hard time getting rid of them he offered us a few for free. Thankfully Ben had a cage and all the gear so we just went and picked out two cute bunnies from “The Bunny Man” (as the kids refer to him since they don’t know his real name)! They are Fighty and Snuggle Ben, clearly named by their young owners. We’re not sure what the significance is but we just smile and nod. 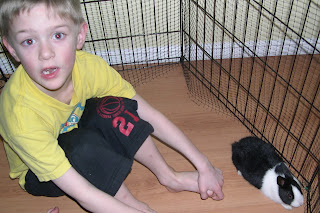 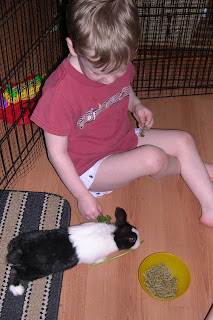 Here is Lanae in one of her favorite pasttimes of pulling all the pots and pans out of the cupboard and then sitting in the ones that fit her! 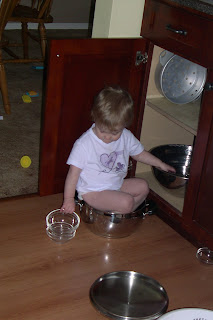 And this of course is baby Davenport #4, picture taken at 12 weeks! So far growing steadily. I am actually nearly 20 weeks (halfway there) and feeling great. A little bigger than this but not much. James, Sam and I are going for the ultrasound tomorrow afternoon. Sam is very excited and although he would prefer another sister he said yesterday that all he cares about is that the baby is healthy (what a sweet boy)! Early in April we rented a cabin from some friends of friends up in Hemlock. We had a wonderful time with my family and played in lots of snow. Lanae also took the time to practise up on her beautician skills and unfortunately for daddy he had to be the test subject. He was a good sport though! 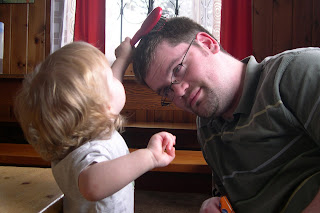 Here they are the dress-up kids. We had a fun afternoon one day just messing around with the dress-up bin. Unfortunately for the boys they had to be more creative since I have lots of girl stuff but not many boy things. They did pretty good although I question Jake’s choice. Regardless we had a great time getting on our “train” and travelling to far of places (all in the living room of course). 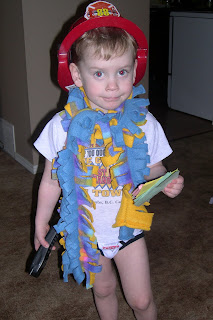 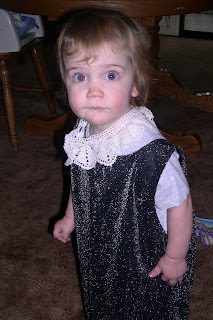 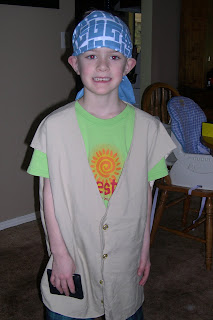 One thought on “Finally an update!”